Stephen H. Tupper – President
Mr. Tupper obtained a bachelor of science degree in 1977 from the U S Military Academy at West Point and masters of science in electrical engineering from Georgia Institute of Technology in 1986. He served as associate professor of electrical engineering at West Point and professor and head of military science at Worcester Polytechnic Institute (WPI) and College of the Holy Cross. He was an active-duty Corps of Engineer officer for 26 years. In his last two military assignments he served as the chief of staff for the US Army Engineer School and as the chief of the Terrain Visualization Center. He retired in 2003 as a Lieutenant Colonel.  Mr. Tupper currently serves as the liaison from Missouri University of Science and Technology to Fort Leonard Wood. 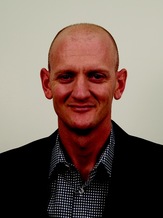 Charlie Bauer – Vice President
Charles “Charlie” Bauer is the Director of Defense Programs for Seiler Instrument & Manufacturing Company, Inc. (www.seilerinst.com).  Established in 1945, Seiler Instrument is a small family-owned business located in St. Louis, Missouri.  Seiler Instrument has multiple divisions that serve a variety of fields, including construction, construction design, mapping, GPS, Medical/Dental, and the military.  The Manufacturing (Military) Division specializes in manufacturing precision optical, mechanical, and opto-mechanical instruments for the U.S. Military, many of which are used on howitzers and mortars for the U.S. Army & Marine Corps.

Chuck Poplstein - Secretary
Chuck serves as a Regional Advocacy Expert within Political Mobilization – a division of Boeing’s Government Operations, National Strategy and Engagement team. In this role, Chuck covers the Central United States focused on building a network of internal and external grassroots advocates for Boeing.
Prior to joining Boeing, Chuck served as State Director for United States Senator Cory Gardner (CO). In this capacity, Chuck was the Senator’s chief advisor in Colorado responsible for the strategy and development of policy initiatives while managing all of the Senator’s staff and offices in the state.
Chuck’s extensive political experience includes directing statewide voter turnout efforts for Presidential, Congressional, and local legislative races on behalf of a National Political Party. Poplstein also led a State Political Party as Executive Director, where he managed expenditures in excess of $10M. Poplstein started his career as a political field operative in Missouri and in the targeted Presidential Primary state of South Carolina. Born and raised in St. Louis, MO, Chuck received his Bachelor’s Degree in Political Science from the University of Colorado – Boulder.

Tim Comerford – Treasurer
Tim Comerford is a Principal in Technology Business Group, LLC, in Rolla, Missouri; working with technology companies on research grant proposals, business plans, and marketing. He became involved with the NDIA Manufacturing Division as Business Director of the Center for Aerospace Manufacturing Technologies at Missouri S&T. His earlier career was in marketing, product development, and engineering management in the process control instrument business. Tim has a BSME from the University of Cincinnati. Graduate studies in business included MBA programs at St. Louis University and at the University of Minnesota.

Joe L Thompson MG(r) USA – Board Member
Major General US Army retired was a senior logistician with Joint service retiring from Defense Logistics Agency. He is now the owner of Joseph L Thompson Consulting and represent clients to Department of Defense and Defense Prime Vendors. He is the “Door Kicker”.

Keith B. Guller – Board Member
Keith Guller serves as Chief Executive Officer of Essex Industries, Inc. located in St. Louis, Missouri. Essex Industries is a flexible organization of fifteen distinct companies with the ability to design, engineer, develop, manufacture, test and quality-inspect a variety of vital components for the military, aerospace, commercial, private, and sport aircraft, construction equipment, fluid power, emergency medical, home health care, automotive and general industries.  Keith is a member of numerous civic boards, committees, and professional memberships.  He received his undergraduate degree in Economics at the University of Missouri, St. Louis in 1976, and completed his Executive Masters of Business Administration from Washington University in May 1989.  He can be reached at kguller@essexind.com or (314) 338-8748.

George D. Tomazi – Board Member
George D. Tomazi, PE was treasurer of the St. Louis Chapter of NDIA for many years and now serves as the director with the institutional history. Mr. Tomazi is active in the chapter’s programs and nominating committees.

Roberta (Bobbi) E. Lenczowski – Board Member
Roberta Lenczowski is sole proprietor of her own small business, as a geospatial information-intelligence consultant.  She retired from the National Geospatial Intelligence Agency (NGA) on 29 April 2005, as the agency’s senior executive director of its St. Louis facility and operations.  Prior to that, Ms. Lenczowski served as NGA’s Technical Executive for three years while in Washington, D.C.

John Hixson - Board Member
John Hixson serves as the Vice President of Advanced Manufacturing for the St. Louis Economic Development Partnership. John provides executive leadership in the area of defense business and defense worker retention and transition.  The Partnership is working to dramatically expand the advanced manufacturing ecosystem for the St. Louis Region.  John began his career as a cost accountant at Alberici Construction, and has operated and owned businesses engaged in commercial and defense contracting.

Joe Driskill - Board Member
Joseph L. (Joe) Driskill is the first Military Advocate for the State of Missouri. The position was created by  legislation passed by the General Assembly in 2015 that established the Office of Military Advocate, an agency charged with the responsibility of coordinating efforts to preserve and protect Missouri’s military installations and agencies and enhancing our state’s defense industries.  The Military Advocate serves as the liaison between state and federal branches of government and provides enhanced communication to Missouri government leaders and installation communities in order to increase early awareness on base realignment actions and potential downsizing.  Driskill was nominated to the position by Governor Nixon in March, confirmed by the Missouri Senate in April and started service to the state on June 1, 2016. He will serve a six year term ending in 2022. Driskill was previously the executive director of the non-profit Leonard Wood Institute (LWI), as well as the Sustainable Ozarks Partnership (SOP) at Fort Leonard Wood.

Mike DuBois - Board Member
Mike was U.S. Senator Kit Bond’s principal advisor on national security, foreign policy and international trade in the U.S. Senate from 2001-2010.  He has traveled extensively throughout Asia, the Middle East and Europe aiding in the development of U.S. policy designed to deepen strategic, economic and trade relationships between the Middle East and Southeast Asia.  These efforts included the restoration of ties with the Indonesia military, the execution of special projects within Afghanistan and advocacy for the 2005 Dubai Ports World investment in U.S. ports.  DuBois held top-secret security level clearance and was instrumental at the congressional staff level in securing the passage $100’s millions of dollars in defense and state/foreign operations appropriations projects.  Since 2013, DuBois has served as the lead consultant and government relations advocate to the State of Missouri to protect and enhance Missouri’s defense economy, including most recently his direct involvement in the successful effort to secure the National Geospatial Intelligence Agency’s new $1.6B campus in St. Louis.
Respected among government, military and diplomatic officials, DuBois has an extensive network in Washington, DC and throughout parts of Asia and the Middle East that are utilized to advance his KBS clients’ initiatives.   In 2012, KBS partnered with the St. Louis World Trade Center and DuBois organized, planned and executed a highly successful and lauded trade and investment mission to Indonesia.   DuBois has brokered export deals resulting in the creation of direct export markets in Asia for Missouri soybeans.  DuBois was a participant in the U.S. Japan Leadership Exchange program, has participated in multiple Congressional and staff delegations and is a Board Member of the St. Louis World Affairs Council.  In 2015, DuBois was recognized by the St. Louis Business Journal as one of St. Louis’s “40 Under 40” for his successful political advocacy and international business development efforts.  He is a recipient of the Missouri Governor’s Conspicuous Service Medal, the Patrick Henry Award and the Militia Award.  In 2011, he was presented the Distinguished Service Award from the General Craig McKinley. Mike is a graduate of Truman State University in Kirksville, MO. 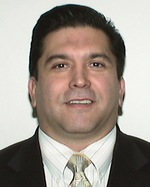 ﻿﻿﻿ David Rodriguez- Board Member
Dave is a Senior LMI Consultant supporting Scott AFB, IL and the Midwest regional area. A retired Air Force officer and aviator, Dave brings a broad air mobility background in air refueling, strategic airlift, and en route operations. He also has developed an expansive management repertoire in the areas of information technology (IT), policy, strategy, and program development. As a Certified Enterprise Architect he has supported the US Army, US Transportation Command and Air Mobility Command. He has a bachelor’s degree in Business Administration from the US Air Force Academy and a master’s degree in Aeronautical Science from Embry-Riddle Aeronautical University.